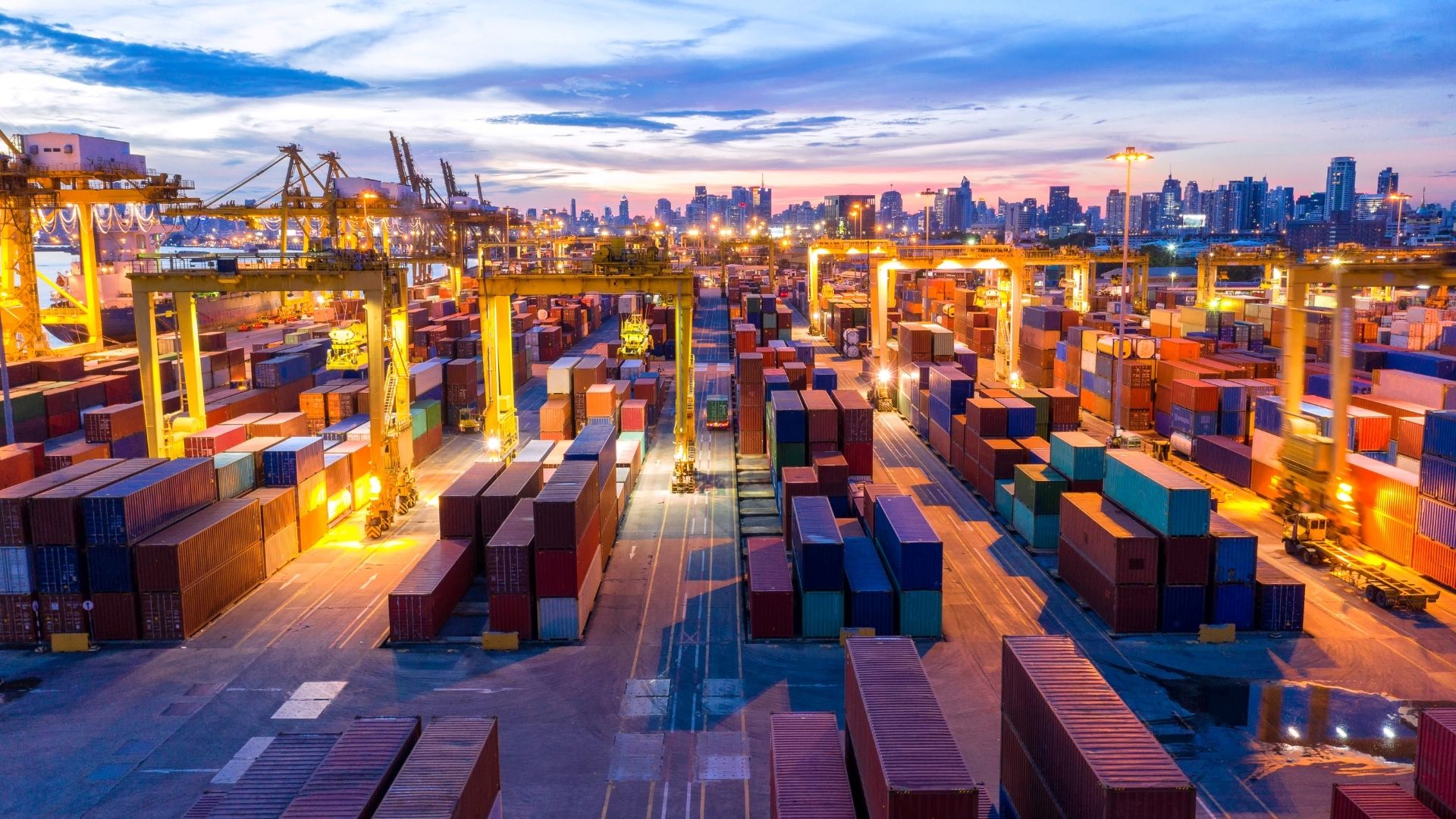 Shippers are continuing to battle with the challenges of global trade in what has been the most volatile environment we have seen in decades. The disruption over the past year shows few signs of subsiding, especially as we enter peak shipping season.

There will be an added pressure to both ocean and airfreight capacity, with Black Friday, Cyber Monday and Christmas approaching. Consumer spending remains high, and inventory levels across the globe remaining very low.

This has been a difficult situation for our clients, who have had no choice but to renegotiate contracts with their retailers due to rising costs and are now finding it difficult to survive in the current environment.

We are committed to guiding and supporting our clients as much as possible, providing updates on the situation, as well as workable solutions to current issues.

Click here to view this article in PDF format

Spot rates on air freight ex-Asia have surged in the last few weeks of September, now reaching their highest levels of the year, and even some of the highest on record. There have been significant increases from Hong Kong and Shanghai to Europe and North America.

Exports out of Asia have been one of the biggest chokepoints for global trade, as European demand for goods has overwhelmed the capacity of space and workforce. Shanghai, China’s financial capital and major shipping hub, collectively handled around 43.5 million TEU in 2020 alone, making it the largest container port in the world, according to the Shanghai International Port Group.

Whilst operations are back to full capacity now, the suspensions are likely to cause a knock-on effect with further delays to shipments that could potentially further damage global supply chains already struggling to deal with exports from China.

The shortage of HGV drivers over the past few months has caused many supply chain problems across the UK. In response, the government are expected to announce changes to the testing process to help fast-track drivers into the haulage industry. There has been a shortage of around 100,000 HGV drivers in the past year, after the pandemic halted driver testing. In addition, an estimated 20,000 EU drivers have left the industry, further crippling supply chains.

The BBC reported that the new HGV testing regime will mean that up to 3,000 new drivers can be tested per week. At current, the pass rate is 56%, so this would mean an extra 1,600 drivers per week. In addition, the UK government have recently announced their emergency plan to issue temporary visas to thousands of lorry drivers across the EU. However, haulage chiefs have warned it is highly unlikely to attract EU drivers to the UK.

There are also concerns over whether the new testing process will help the UK recover in time for Christmas, when the UK is heavily reliant on EU food imports. Richard Burnett, CEO of the Road Haulage Association (RHA) said the industry was losing 600 drivers a week from the industry, and with a net shortfall of 90,000 drivers, it would take nearly two years to fill the gap.

The driver shortage has caused widespread supply chain issues across a range of sectors, including food, drink, medicine and fuel. Whilst the additional drivers are expected to ease the current haulage strain, shippers are warned that it might not be enough to mend the gaps in many supply chains.

On the 14th September the government have announced that the second stage of the Phased Approach to Import Controls will now be implemented in 2022, rather than October this year. These delayed changes mean that the need for additional documentation, when importing goods, will not be required until next year. Despite this, our customers still need to be aware of these changes and prepare accordingly. New dates are shown below.

The changes to Import Controls will affect what can and cannot be imported into the UK and the documentation and processes required when importing goods.

The following categories of goods will be affected by the updated Import Controls:

How will this affect our customers importing these goods from EU?

When will these be required, due to the delay?

We are already seeing shippers scrambling to move inventory, in a heavily strained environment across all modes of transport. Due to the 3-day holiday for Mid-Autumn Festival along with the week-long national holiday between 1st – 7th October for Golden Week, container space will be very tight in the coming weeks.

Uncertainty is the biggest challenge right now. Rates are expected to remain at current levels over the next few months; however, we do expect core demand levels to be higher YOY.

Rates and space must be checked on a case-by-case basis, and we strongly encourage speaking with an Unsworth representative immediately regarding Q4 shipments.

With the Golden Week holiday approaching in China, shipping lines would usually have released the scheduling of their blank sailings by now, in anticipation of a decline in demand. However, given the current market situation, it now seems as though carriers will not follow previous arrangements capacity distribution.

Over the next four weeks, 1.74 million TEU are to be offered, with an unprecedented 30.8% Y/Y increase against a 2014-2020 average of 3.9%. It seems that carriers are either anticipating no Golden Week slowdown in demand, or that they are prepared to keep the increased levels of deployed capacity, in the hopes of clearing backlog from congested ports. It is most likely a combination of the two, as this pattern was also seen during Chinese New Year 2021. Furthermore carriers will only withdraw 3.4% of the deployed capacity across these four weeks in 2021, against an average reduction of 8.5% in 2014 -2020.

Freight Rates: How did we get here?

The rising of freight rates has been one of the biggest challenges shippers have been facing over the past year. Before March 2020, shippers were looking at approximate costs of £900 per TEU but now these figures are much closer to £9,000 per TEU. Even after paying these soaring rates, shippers have had no reassurances that goods will even move.

There have been many influences driving these surging costs, and it is important to understand why they have risen in order to gain any idea as to when they might begin to drop.

There have been many issues with equipment, in particular the positioning of empty containers. Shippers are dealing with operational nightmares battling to secure equipment. The slower circulation of containers, as well as insufficient quantities are a principal factor in why freight rates have climbed to where they are today.

In addition, consumer behaviour has drastically changed over the course of the pandemic and the demand for supply and space has increased substantially. This has led to heavy congestion at ports as cargo ships struggle to berth.

We’re not necessarily seeing equipment shortages, but the issue is the speed at which containers are being circulated and the general displacement of equipment is causing major friction.

In a normal environment, a container is used on a deep-sea service 6 times a year on average, however, currently is closer to 4 times a year. At current velocity, Hapag Llloyd, one of the world’s leading shipping lines would need a further 300,000 units just to stand still at pre-pandemic levels.

Looking at our own client portfolio, most of our UK and EU clients are trading beyond expectations and this is where the challenge lies. These spiraling shipping costs threaten survival of small businesses, with SME cargo owners paying the price in high freight rates and supply chain disruption, as they fight to recover from the pandemic.

Although there is no sign that freight rates for containerised cargo are expected to drop in the months ahead, shipping lines CMA CGM and Hapag Lloyd say they wants to prioritise long-term relationships with customers rather than levy more market-driven price hikes.

The German container line Hapag Llloyd announced that it has not been imposing any further hikes for a few weeks.

“We believe spot rates have peaked, and we do not pursue further increases,” it said. “We hope that the market will slowly start to calm down.”

CMA CGM said in a customer advisory on 9th September that any further increases in spot rates would be halted with immediate effect until February 2022.

We asked our clients in a recent poll, what their current challenges in shipping are right now. Not surprisingly, 61% said that freight rates, congestion and container capacity was causing them issues.

October looks to be challenging in terms of space, with the last blank sailing table calculating 8 vessels, totalling to 145,000 TEUs out, which is a third of the capacity. Capacity doesn't look to be slowing down during Golden Week, however, space remains right. Exports from India, as shippers try to find alternatives to China exports, with an increase of 45.8% year-on-year last month. Container capacity looks likely to remain fierce.

Shippers cannot afford to wait to book. With some carriers freezing rates until the new year, capacity is likely to be limited. The earlier will always be better as rates are not forecasted to drop anytime soon. We recommend getting in touch with your Unsworth representative to touch base and ensure you have a clear idea on what to expect for your shipments over the next few months.

Ocean: Freights are not likely to drop but will be maintained/stay consistent until the new year.

Air: Air freight costs from Shanghai have reached record highs, however, overall we're seeing the most stability on rates on this mode.

How can Unsworth help?

It’s time for FCL shippers to consider switching to LCL movements. By considering alternative shipping options, you can ship less, more often. This can help to lower initial outlay on high freight costs and allowing you to keep your products in stock when your competitors are struggling to maintain inventory.

Ask our team now how we can help your China to UK import movements today. Because it’s our box and we’re not co-loading, we can offer more control, more ownership and more visibility. Enquire today if you want to get your goods flowing again.

As usual, we strongly encourage our clients to utilise our technology driven platform, Pathway. This platform was designed to provide our clients unrivalled control over their supply chains. It has enabled them to align supply, demand and warehousing, allowing them to position themselves in a place where they can better react to unexpected events, such as the Suez Canal blockage or Yantian port closures.

It’s key to position yourself so that your supply chain can remain agile. Get in touch with our team today if you have any queries about any of the topics discussed in this document, and we will be sure to help you in any way we can.

Welcome to your white paper!
DOWNLOAD NOW
Market Update October
Oops! Something went wrong while submitting the form.
Get in touch with our teams
SHARE 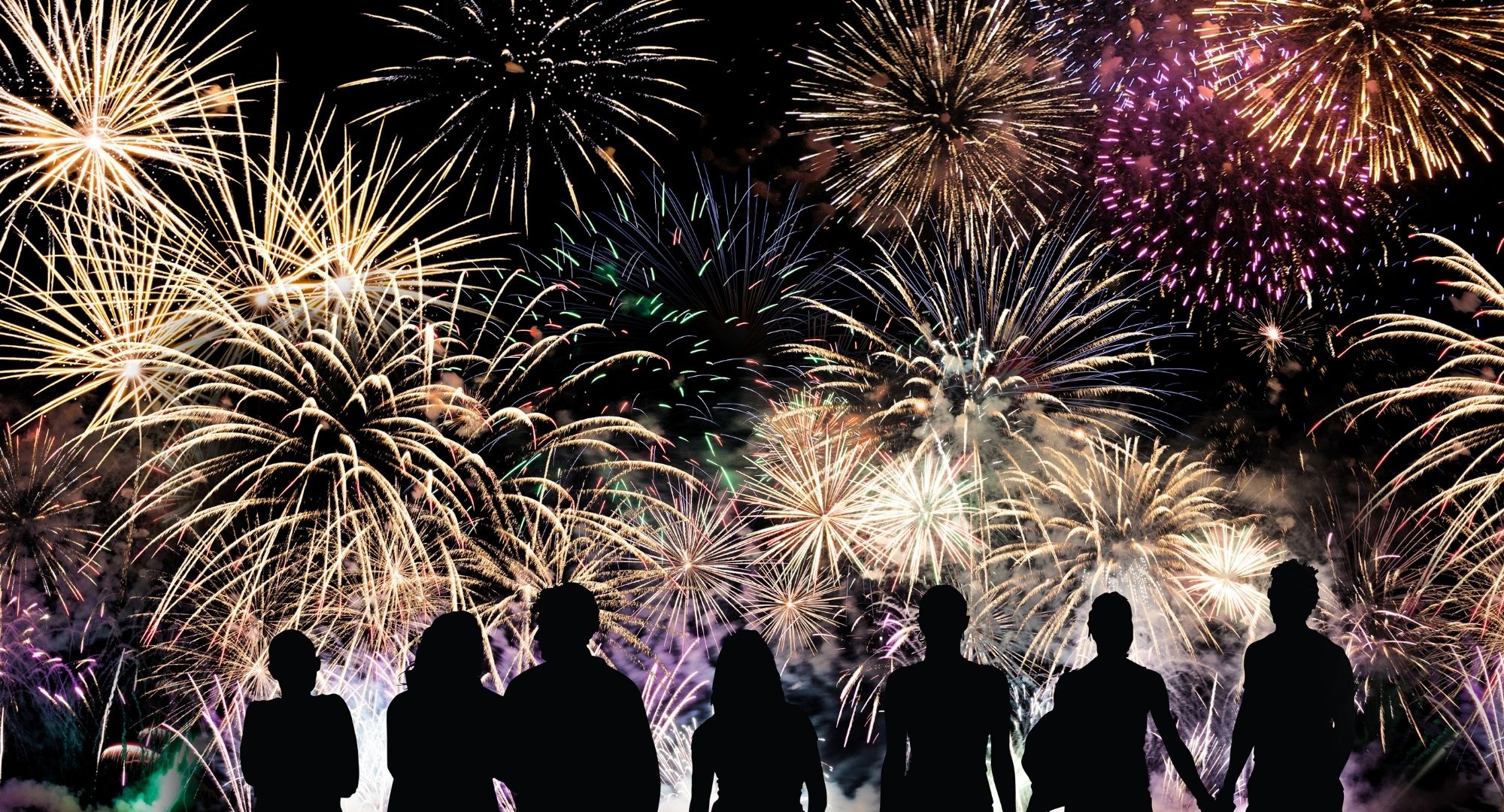 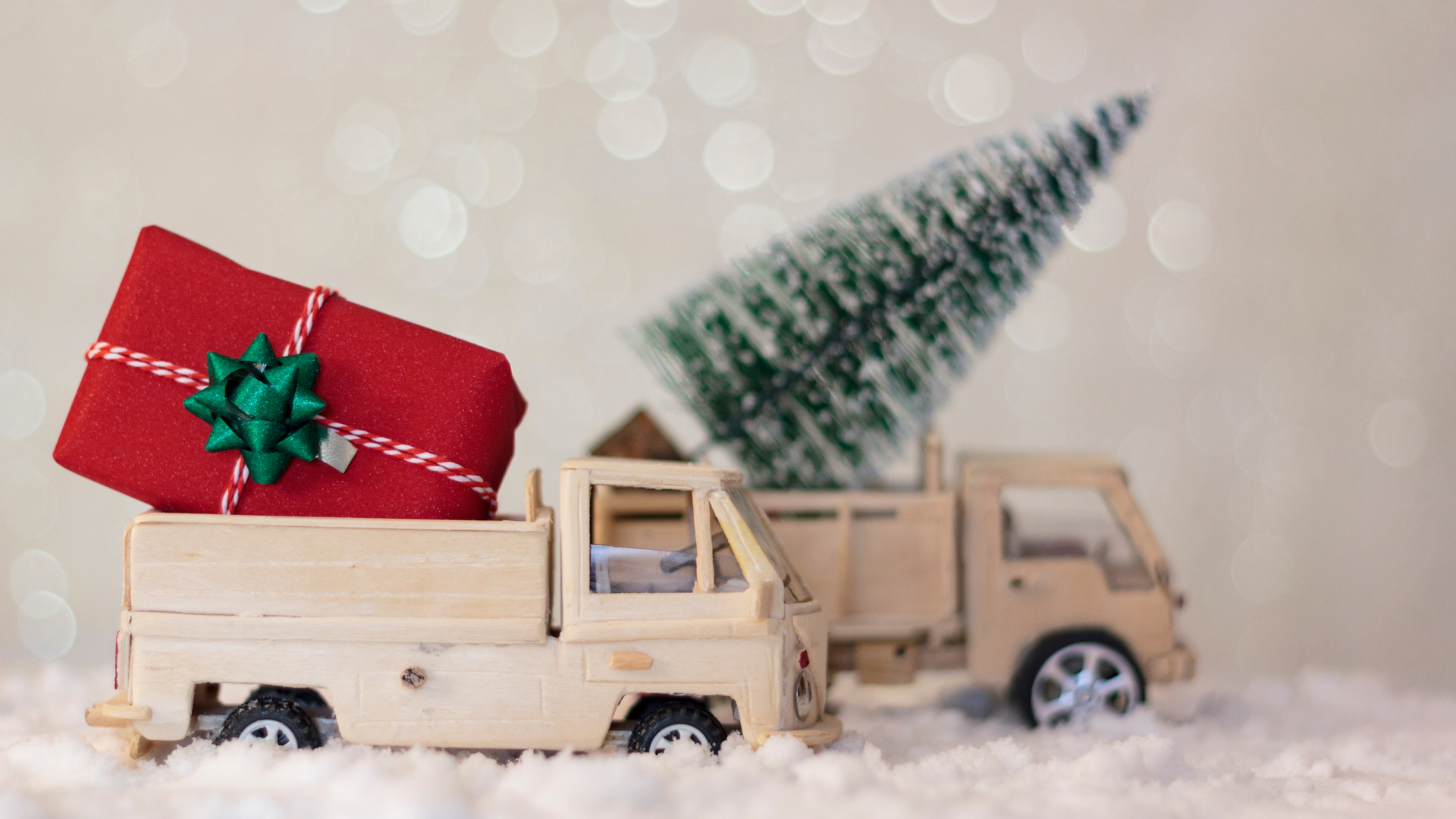 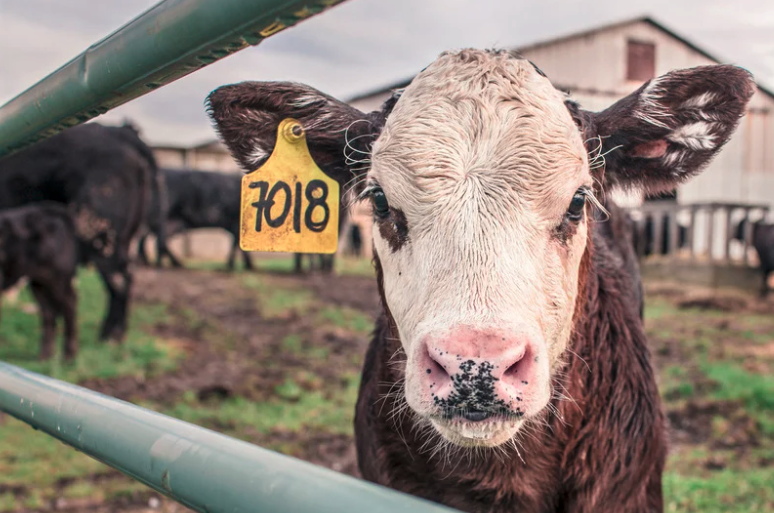